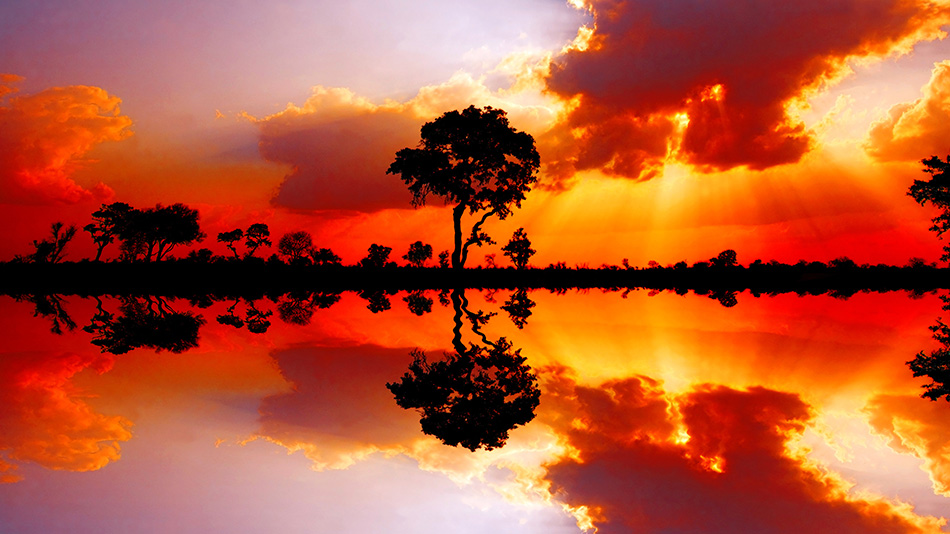 South Africa is more than scenery and wildlife. Its vital cultural diversity and the historical merging of local tribes and immigrants carve out the land under the bright African sun.

South Africa is known globally because of Mandela. Although the racial problem is still the most sensitive point of the local pain, surprisingly, this county has turned in the past decades, step by step into one of the world’s top travel destination for lovers of wine, food, wildlife and much more.

This trip takes you to experience the diverse threads of South Africa’s history, an animal kingdom of enormous diversity, the birthplace of mankind’s earliest ancestors, the meeting place of two great oceans, and the juxtaposition of transplanted European values and indigenous tribal norms.

Begin in cosmopolitan Cape Town. Ascend flat-topped Table Mountain for breathtaking panoramic views and cruise to historic Robben Island, site of Nelson Mandela’s incarceration. Admire the natural beauty of Cape Point and the Kirstenbosch Gardens, drive along one of the world’s most scenic coastal routes to the Cape of Good Hope, and observe the African penguin colony at Boulders Beach.

Travel to the Cape Winelands and stay in the quaint town surrounded by vast and enormous mountain ranges. In this food and wine heartland of the country, tantalise your taste buds with wine tastings and top chefs created international cuisines with breathtaking scenery as a backdrop.

No trip to southern Africa would be complete without a safari in its greatest parks and game reserves. View game in the Sabi Sands Private Game Reserve – an unfenced area bordering the world renowned Kruger National Park, where you can see the Big Five – lion, elephant, rhinoceros, Cape buffalo and leopard – as well as zebra, giraffe, kudu and more.
Conclude in Johannesburg, or Joburg as it is often called, one of Africa’s largest and most vibrant cities. The old town is a blend of multiculturalism where traditional medicine stores, Chinese restaurants, taxis and ultra-modern skyscrapers coexist. Explore Soweto, built in the 1950s by the apartheid authorities as a residential area for immigrant black workers and visit the Apartheid Museum.

We will also visit the Cradle of Humankind, a paleoanthropological and World Heritage site, where a new species of hominini was recently discovered.

September 1, 2018 Arrival in Cape Town
Welcome to South Africa! On arrival, you will be met and transferred to your hotel.

The Commodore Hotel or similar

September 2, 2018 City Tour / Robben Island (B/D)
Enjoy a Cape Town city tour, including a visit to Bo-Kaap, a colourful, multicultural area that showcases South Africa’s Islamic heritage. Visit the District Six Museum, which captures the forced removal and relocation of people during the apartheid era. Walk through Greenmarket Square, once a produce market and now one of the city’s most vibrant areas with a lively open-air craft market and sidewalk cafes. Then drive to the Castle of Good Hope, South Africa’s oldest colonial building and still the headquarters of the Western Cape military command. See the Grand Parade, where Nelson Mandela spoke to the residents of Cape Town after his release in 1990.

Following lunch, take a ferry ride to tour Robben Island, where Nelson Mandela was imprisoned for the first 18 years of his 27 years in prison. Visit the old prison block and the lime quarry where Mandela and other prisoners toiled. Most of the guides on the island are ex-political prisoners. Board a cable car for an exhilarating ride to the summit, where the views of the city and surroundings are breathtaking.

This evening, explore the Victoria and Alfred Waterfront and enjoy Welcome dinner at one of its many fine restaurants.

September 3, 2018 Cape Peninsula / Cape Winelands (B/L)
After an early breakfast, depart on a full-day tour of the Cape Peninsula. Take a drive down the Atlantic coast, passing some of Cape Town’s most exclusive oceanfront suburbs: Sea Point, Bantry Bay, and Clifton. Drive along one of the world’s most scenic coastal routes to the Cape of Good Hope Nature Reserve. Spend time exploring the rocky coastline and magnificent flowering shrublands.

Drive to Cape Point, a promontory that juts out into the sea at the southeast corner of the Cape Peninsula. Walk or take the funicular to the lighthouse at Cape Point. Finally, drive to the Cape of Good Hope, the most southwestern point of the African continent.

Eat lunch at a restaurant on Seaforth Beach, and then continue along the coast to Boulders Beach for a chance to see African penguins. End the day in the Cape Winelands, sampling excellent South African cuisine and wines.

September 4, 2018 Cape Winelands (B/L)
After breakfast, spend the day tasting the “fruits of the vines” and enjoying the charm and hospitality of this unique region. The rolling foothills of the majestic Simonsberg Mountain are where the vineyards of Plaisir de Merle thrive, producing grapes of exceptional quality and richness. The 2,475 acre Plaisir de Merle estate has earned international acclaim for its white and red wines. Continue to Delaire Graff for a wine tasting and gourmet lunch on the elegant terrace.

After a tour of the estate, drive to Franschhoek, a charming village nestled in the “Valley of the Huguenots,” where the French first settled in 1688. In the afternoon, relax at the hotel and enjoy some of the activities on site, including swimming, quiet walks through the estate gardens, bird-watching, and massages at the spa.

September 5, 2018 Cape Winelands / Kapama Reserve (B/L/D)
Transfer back to Cape Town for a flight to Hoedspruit, then drive to the Kapama Private Reserve, located in the Greater Kruger National Park region and on arrival, check into your lodge.

Kapama Southern Camp is the proud new addition to the Kapama Private Game Reserve family, and is situated in the south of the Big Five game reserve. It offers luxury game lodge accommodation, warm hospitality and friendly service in a tranquil setting that will be savoured by even the most discerning nature lover.

September 6, 2018 Kapama Reserve Game Drive (B/L/D)
Accompanied by a skilled ranger and tracker, you can expect to encounter a diverse range of animal and bird species on game drives. Since this is a Big Five reserve, seeing lion, leopard, elephant, rhino and buffalo is possible over a two-day safari in Kapama Private Game Reserve.

The day starts with an early wake-up call between 5 am and 5:30 am. Tea, coffee and rusks are enjoyed together before heading out at first light. While seeing big game is always exhilarating, there are many other smaller species that are also captivating, and birding enthusiasts will be delighted at the approximately 350 species of birds recorded on the reserve. Halfway through the game drive, there’s a stop for hot drinks and snacks, before returning to the lodge at around 9 am for a full breakfast. Throughout the day, it’s likely you will see wildlife around the lodge – nyala antelope and vervet monkeys are frequent visitors, though seeing some of the Big Five is also not uncommon.

At around 3:30 pm, everyone gathers for a decadent high tea, before heading out with your ranger and tracker for the afternoon game drive through the reserve. En route, you’ll stop for a sundowner drink and will have a chance to stretch your legs as you watch the sun set over the distant peaks of the Drakensberg mountains.

As darkness falls, the nocturnal animals of the bush come out. The skilled tracker will scan the landscape using a spotlight, which illuminates animals’ eyes. A variety of completely different species can be seen on the night drive back to the lodge. Arrival is at the lodge is usually around 7 pm, allowing time to freshen up before enjoying a sumptuous dinner.

September 7, 2018 Kapama Reserve (B/L/D)
Set out for another full-day wildlife viewing and enjoy a guided bush walk with a highly trained game ranger, the experience offers an intimate encounter with nature and wildlife, and medicinal and other plants are identified en route. Between activities today, enjoy the pool and the private patios offer the opportunity to admire relaxing sundowners, while game watching at the same time.

September 8, 2018 Kapama Reserve / Johannesburg (B)
Venture out for one final game drive before breakfast this morning. Then, fly to Tambo International Airport in Johannesburg and on arrival, you will be met and transferred to your hotel.

September 9, 2018 Moropen – Cradle of Humankind (B/L)
Today, tour the World Heritage Site – The Cradle of Humankind.
The superb Maropeng Visitor Centre is an exciting, world class exhibition, focusing on the development of humans and your ancestors over the past few million years.

From past to present, you’ll be exploring Five cultures at the Lesedi Cultural Village, heart and home to families of a range of African tribes, all living harmoniously in true traditional homesteads. You’ll be right there experiencing the warmth and hospitality of people from the Zulu, Xhosa, Ndebele, Sotho and Pedi cultures, and you’ll find it fascinating! Our multilingual, multi-visual orientation depicts the history of South Africa, and will deepen your understanding of the complexity of our multicultural community.

September 10, 2018 Johannesburg – Soweto (B/L)
In the morning, take a city tour of this fast paced metropolis. Set off for Constitution Hill, home of South Africa’s architectural marvel, the Constitutional Court and site of Johannesburg’s Old Fort Prison. Explore the inner city of Johannesburg learning about the gold rush, before exploring the Maboneng Precinct, a wonderful example of urban regeneration of the eastside of Johannesburg.
This afternoon, an excursion to Soweto, the most metropolitan township in the country – setting trends in politics, fashion, music, dance and language. We visit the Hector Pieterson Museum, and discover the cause of the tragic riots which led to his death; we pass Mandela House, and give you time to visit this fascinating little museum. Our journey continues to Regina Mundi Church, site of many secret underground meetings of the then banned political parties. Finally we take you past the largest stadium in Africa, Soccer City, host of the 2010 FIFA World Cup Final. Soweto is unlike a suburb you’ve ever seen or been to, yet the history of struggle encapsulated here is a cornerstone of the South African Story.

September 11, 2018 Johannesburg Departure (B)
Morning is free at leisure or take an optional half day tour to the capital of South Africa, – Pretoria, the Jacaranda City.

Transfer to the airport in time for your flight home.

Based on 10 or more Guest

$3895
Land only per person based on sharing

$3895
Land only per person based on sharing

Call 1-888-887-1688 or email info@tripconnoisseurs.com
to arrange the international flights for this journey from your home city.

Be the first to review “South Africa Revealed” Cancel reply