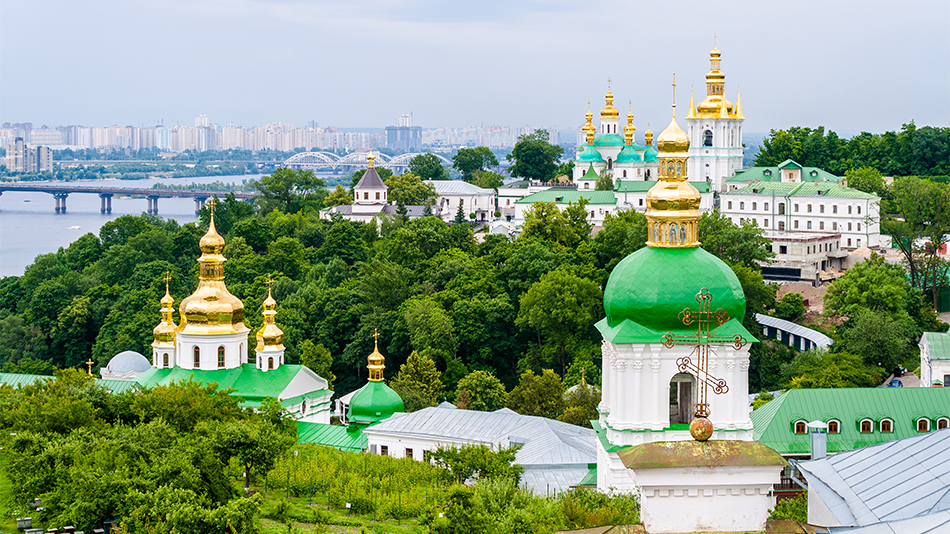 DAY 2 Odessa (B)
This morning, visit two most important museums in Odessa.
The Archaeological Museum was established in 1875, and it was the first museum of its kind in the former Russian Empire, housing jewellery and coins from early Black Sea civilisations.

The Odessa Fine Arts Museum owns one of the richest and the most interesting collections of artworks in the country. It is located at the very centre of Odessa, in one of the most beautiful buildings of the city — the ancient Naryshkins’ Palace.

This afternoon, transfer to Nerubaiske village, visit the Odessa Catacombs and Museum of Partizans Glory.

Beneath the sandy lands on which odessa settled down, are penetrated long, more than thousand kilometer tunnels catacombs, hat are mostly the result of stone mining, at first, and then smuggling. Dug in the 19th century, these catacombs were used by smugglers, revolutionaries and guerrillas at the time of world war II.

Depart Odessa for Belhorod-Dnestrovskiy and take a tour of the city. Belhorod-Dnestrovskiy, formerly known as Akkerman, is one of the oldest cities in the world – dating back to the 6th century BC. This impressive port city stands on the banks of the Dniester estuary in southwestern Ukraine.

Visit Akkermann Fortress which was built by Moldovans, Genoese and Turks from the 13th to the 15th century. It was built as a part of the Ottoman defensive system against Poland, Lithuania and later, the Russian Empire. The castle is one of the best preserved castles in the country, where you can walk along almost all of its walls – stretching nearly 2 km.

Transfer to Shabo village located between the Black Sea and the Dniester estuary. This small village is famous for its wine production. An ancient plant within the village is open for visitors to come and witness traditional methods of winemaking and taste wine that was made centuries ago.

Tonight, an optional ballet or music performance at the Odessa National Academic Theatre of Opera and Ballet (subject to schedules and availability)

DAY 4 Odessa – Kiev (B)
Early check out, Pick up of boxed breakfast and transferred early to the railway station. Departure Odessa by Intercity Hyundai train and arrive in Kiev around noon.

Founded in the late 9th century, Kiev is one of the oldest cities in Europe that has played a pivotal role in Slavic civilisation and Orthadox Christianity. It is home to a myriad of architecturally important and historically significant monuments, some of which include the ornate St. Sophia Cathedral, St. Andrew’s Church and the Golden Gates of Kiev.

DAY 5 Kiev (B/L/D)Museum of Microminiature
This morning, Tour to Kievo-Pecherska Lavra Monastery. The 11th-century Kiev Pechersk Lavra is a monastery and pilgrimage site encompassing several gold-domed churches and UNESCO world heritage.
Visit the Museum of Historical Treasure here contains a fabulous collection of Scythian gold and jewelry, rivaling that of the Hermitage, in addition to other treasures.

Visit the Museum of Microminiatures – a unique place of its kind, which contains well-known work of skilled craftsmen, and are 33 times smaller than its current size!

Excursion to National Historical Museum of Ukraine (entrance), Visit to Andrew’s Church. Walking on Andrew’s Decent and buying souvenirs, 18:30 Dinner at traditional restaurant OPANAS with nalivka tasting (home made vodka), 20:00 Return to hotel.
excursion to Kyiv-Pechersk Cave Monastery which is a UNESCO World Heritage site. The spiritual heart of the capital by private transport.
Visit to the Caves (upon request), the Uspensky
Cathedral, the Big Bell Tower, Trinity Church.
– visit the Museum of Historical Treasure here
contains a fabulous collection of Scythian gold and
jewelry, rivaling that of the Hermitage, in addition
to other treasures.
– visit the Museum of Microminiatures – a unique
place of its kind, which contains well-known work
of skilled craftsmen, and are 33 times smaller than its current size!
– time for lunch
– visit “Winter Fairy tale” on the Singing Field (near Kyiv-Pechersk Cave Monastery). Here you
can buy Christmas and New Year gifts, to try sweets and different dishes of Ukrainian and French
cuisine.
– back transfer to the hotel

$1350
Land only per person based on sharing accommodation

$1450
Land only per person based on sharing accommodation

$1550
Land only per person based on sharing accommodation

Be the first to review “Classic Ukraine – 8 days” Cancel reply