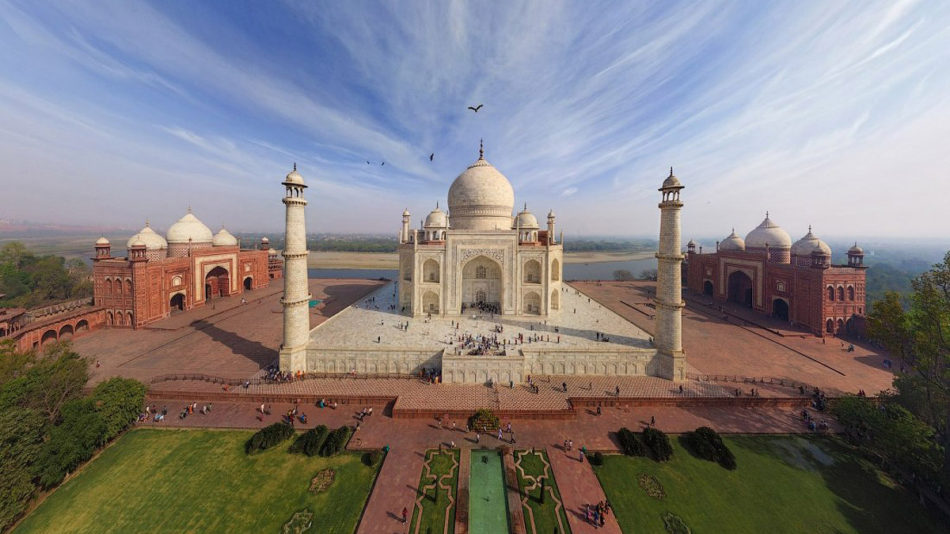 Upon arrival in Delhi airport, our representative will meet and welcome you at the airport. Your driver will assist you with your bags and then, you will be transferred to your hotel. Upon reaching your hotel, check-in & relax.

Day 02: In Delhi (B)
Breakfast at Hotel.
Morning: Sightseeing tour of Old Delhi visiting the Jama Masjid, built in the year 1656 AD by the Mughal Emperor Shah Jahan. Take a stroll down through Chandi Chowk, the heart of Old Delh and the place to be for the full-on Indian experience of crowded, twisted alleys and tiny shops and Red Fort, built by Emperor Shah Jahan in the year 1648. Also visit Raj Ghat, a memorial to the Father of the Nation, Mahatma Gandhi.

Afternoon: Sightseeing tour of New Delhi visiting Qutub Minar, a 72.5 m minaret, the tallest “skyscraper” in the world when built (1193-1368). Drive past India Gate, a memorial for the Indian soldiers who died in World War I and President’s House, the official residence of the President of India”

Day 03: Delhi – Agra by Surface (205Kms./ 4 Hrs) (B)
Breakfast at Hotel.
Drive to Agra.
Afternoon: visit Agra Fort (UNESCO World Heritage Site) – Construction of this massive red-sandstone fort, on the bank of the Yamuna River, was begun by Emperor Akbar in 1565. The fort was built primarily as a military structure, but Shah Jahan transformed it into a palace, and later it became his gilded prison for eight years after his son Aurangzeb seized power.
Later visit Taj Mahal at sunset, to watch one of the most well preserved and architecturally beautiful tombs in the world, a mausoleum of white marble, built between 1631 and 1648 by the Mughal emperor Shah Jahan in memory of his favourite wife.
Note: Taj Mahal is closed on every Friday.

Breakfast at Hotel.
Drive to Jaipur enroute visit Fatehpur Sikri – “The City of Victory” or the abandoned red sandstone city, was built by the Mughal Emperor Akbar as his capital and palace in the late 16th century. It was the capital of the Mughal Empire for only 10 years and is believed to be abandoned due to scarcity of water.

Day 05: In Jaipur (B)
Breakfast at Hotel.
Morning: visit Amber Fort and enjoy an elephant/jeep ride.
Situated in Amber, 11 kilometers from Jaipur, Amber Fort is one of the most famous forts of Rajasthan. Built in 1592 by Raja Man Singh, the fort was built in red sandstone and marble and the Maotha Lake down below adds a charm to the entire Fort. It boasts of various buildings of prominence like the ‘Diwan-i-Aam’, the ‘Sheesh Mahal’ and the ‘Sukh Mahal’ and has influences of both Hindu and Muslim architecture. En-route to Amber Fort, make a brief photography stop at Hawa Mahal “the Palace of Winds”.

Afternoon: Visit the Maharaja’s City Palace. A complex of courtyards, gardens and buildings, the impressive City Palace is right in the centre of the Old City, with an imposing blend of traditional Rajput and Mughal architecture. Also visit Jantar Mantar, a UNESCO world heritage site, the largest of five astronomical observatories build by Maharaja Jai Singh during the period 1727-1734 in North India.

Day 06: Jaipur –Delhi by surface (260 Kms./5 Hrs) (B)
Breakfast at Hotel.
Drive to Delhi airport to board onward flight.

Based on Category A

$625
Land only per person based on sharing

Based on Category B

$725
Land only per person based on sharing

Based on Category C

$1075
Land only per person based on sharing

Be the first to review “Golden Triangles of India” Cancel reply