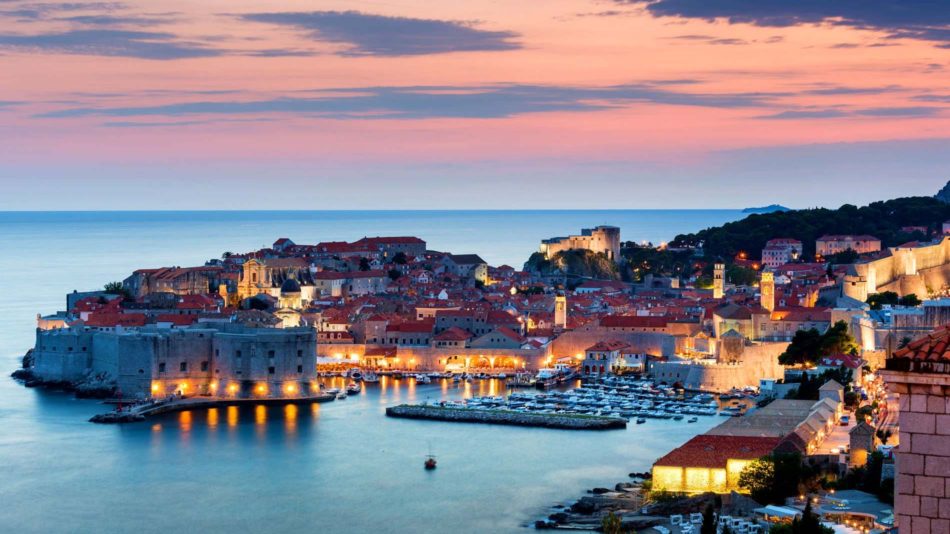 Balkan’s prime position has made it a meeting point and flashpoint of ancient Rome and Byzantium, Christianity and Islam, offering an artful blend of cultural excellence

The Balkan Peninsula has historically been the scene of wars, invasions, and religious and ethnic conflicts. Throughout the 1990s, Yugoslavia experienced violent conflict among its six regions. These regions broke apart and became independent nations stretching along the eastern shores of the Adriatic. Now, just two decades later, the Balkan region is a top travel destination thanks to a dazzling coastline, a benign climate and the remains of ancient cities founded by the Greeks, Romans, Ottoman Turks and the powerful Venetian Empire.

Our journey through the Balkan Peninsula gives you an in-depth look at this fascinating area’s complex history and diverse cultures, as well as its recent economic successes.

Croatia, Slovenia, & Montenegro, just a half-day drive apart from each other, offer different cultural experiences from language to customs, religion, food and wine along with natural wonders.

Begin in picture-perfect Dubrovnik jutting into the Adriatic Sea, surrounded by medieval walls, home to Gothic, Renaissance, and Baroque architectures.

We take a side trip to Kotor, Montenegro’s Venetian architecture is set against the stunning backdrop of its fjord-like bay and is the home of Sveti Stefan where Princess Diana and Prince Charles had their honeymoon.

Enjoy a day at sea on a historical galleon to see the best of Dubrovnik. Visit the most beautiful islands of the Dubrovnik archipelago commonly known as Elafiti islands.

Experience the Greek, Roman and other Mediterranean specialities, which prominently feature various
seafood, vegetables, pastas, olive oil and garlic in the local cuisine. And of course, the local wine. Over the past decade, Croatian wine has exploded onto the scene, providing yet another reason to visit this stunning destination.

Finish our journey in Zagreb, the capital of the Republic of Croatia. The country is at the crossroads of Central Europe, the Balkans, and the Mediterranean.

August 15, 2018 Arrival in Dubrovnik
Welcome to Croatia! You will be met and transferred to your hotel.

August 16, 2018 Dubrovnik – Montenegro – Dubrovnik (B/L)
Travel to the Republic of Montenegro. Encircled in the mountains, the innermost bays of the Gulf, Risan and Kotor, are the earliest inhabited areas with evidences of civilization dating from Illyrian, Roman and early Christian periods. We will visit the town of Risan with a Roman villa and its exceptionally well preserved mosaics from the 2nd and 3rd century AD. Next, a short boat ride from the baroque shore town of Perast will take us to one of the two islets in the Bay to visit the Church of Our Lady of the Rocks which houses one of the finest collections of wall paintings. In the UNESCO-protected town of Kotor enjoy a guided tour through one of the best preserved medieval walled cities on the Adriatic.

August 17, 2018 Dubrovnik – Adriatic Cruise (B/L)
The best views of the Dubrovnik region are from the sea and historical Galleon is certainly the best stage for such scenery. During this cruise you will see the three most beautiful islands of the Dubrovnik archipelago – Koločep, Lopud and Šipan commonly known as the Elafiti islands. The old legend of the islands is hidden in its name-about the old Greeks hunting for deer and subsequently naming the islands the Deer islands. Green islands, with gardens full of oranges and lemons and lovely seashore landscapes, charming and picturesque villages with harmonious architecture of summer manors; old seaman’s houses and little votive churches. Visit all the three Elaphite islands and enjoy your lunch of grilled fish and wine while being entertained by our local musicians.

August 18, 2018 Dubrovnik – Cavtat – Dubrovnik (B/D)
Morning is free at leisure or take an optional tour of sea kayak, paddle along the magnificent Dubrovnik City Walls, swim in one of the secluded caves and simply enjoy blue Adriatic sea.

This afternoon, we visit ancient Roman Town Cavtat, one of the most beautiful small towns along the Adriatic coast. Join a guided walking tour and enjoy some time on your own discovering this charming town.
On the way back, we stop at the mountain viewpoint where offers a spectacular view upon the whole area including the surrounding islands. Dinner tonight in a local restaurant.

August 19, 2018 Dubrovnik (B)
Dubrovnik, known as the primary Pearl of the Adriatic, has been an important Mediterranean sea power since the 13th century.
Explore the beautiful Gothic, Renaissance and baroque churches, monasteries, palaces and fountains of Dubrovnik on a morning walking tour. Visit the Rector’s Palace, and see the Bell Tower Clock, Orlando’s Column, Sponza Palace, the Dominican Monastery, and Franciscan Monastery with its Pharmacy, one of the oldest in the world.

The rest of the day is free.

August 20, 2018 Dubrovnik – Split (B/D)
Travel north along the spectacular Adriatic coast, past old fishing villages and new resorts, to the city of Split, a town of ancient history, built and preserved over the course of 1700 years by its loving inhabitants.

Enjoy a sightseeing tour featuring the historic inner city, built around the Roman Emperor Diocletian’s Palace, a UNESCO World Cultural Heritage site. Then see the remnants of Split’s Roman heritage, its Renaissance and Gothic structures, Jupiter’s Temple, the Peristyle, and the Cathedral.

August 21, 2018 Split – Trogir – Plitvice Lakes (B/D)
Head to Trogir, the center of artistic activities. Scholars from around the world gather here to study and paint. Then turn inland and travel to spectacular Plitvice Lakes National Park. Have your camera ready as you take a walking tour around several of the lower lakes. Enjoy the breathtaking scenery of this natural wonder of 16 terraced lakes surrounded by thickly wooded mountains and lush vegetation.
Plitvice: Jezero or similar

August, 22, 2018 Plitvice Lakes – Bled Lake (B/D)
Return to the coast and travel along the beautiful bay of Kvarner to its popular resort, Opatija. After some free time, journey north to Postojna, home to one of the largest caves in Europe. Tour this fantastic subterranean world by miniature electric train. Afterward, continue to Bled, beautifully set in the Julian Alps.

August 23, 2018 Bled (B)
A sightseeing tour of Bled features the charming town, the lakeshore, and a visit to the imposing Bled Castle, perched on a cliff high above the lake.

The balance of the day is at leisure to explore on your own, stroll along the lake, shop, sit back in a café and nibble on Bled cream cake, or perhaps join an optional excursion visiting the small island in the middle of the lake.

August 24, 2018 Bled – Ljubljana -Zagreb (B/D)
Travel to Ljubljana, the capital of Slovenia, and take a walking tour.
See the sights of the old city center, including the picturesque open-air Central Market, Three Bridges, Baroque Town Hall, and Robba’s Fountain. Then, on to Zagreb, the capital of Croatia.

August 25, 2018 Zagreb (B/D)
This morning, discover Croatia’s capital city on a panoramic tour. See the fortified Upper Town, a historic center and cultural hub, and discover the city’s detailed art nouveau architecture from the era of the Austro-Hungarian Empire.

The rest of the day is free to explore the winding streets of the Old Town, relax in a café or take an optional excursion to see the countryside.

Tonight, enjoy a farewell dinner at a local restaurant

August 26, 2018 Zagreb (B)
After breakfast, you will be transferred to the airport for your departure flight.

Based on 10 or more Guest

$3395
Land only per person based on sharing

$3525
Land only per person based on sharing

Call 1-888-887-1688 or email info@tripconnoisseurs.com
to arrange the international flights for this journey from your home city.

Be the first to review “Treasures of Balkan” Cancel reply