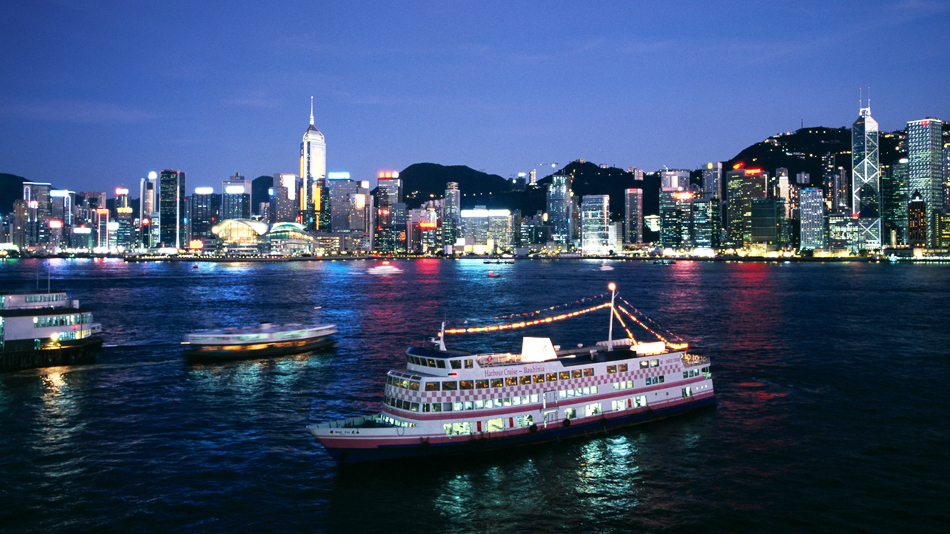 Best of Hong Kong and Taiwan

Day 1 Arrival in Taipei
Upon arrival at Taoyuan International Airport (TPE), you will be met and transferred to your choice of the hotel by private car (no guide).
The remainder of the day will be free on your own.
Accommodation: Palais de Chine or similar

Day 2 Taipei City Tour (B)
After breakfast, we will take a tour of Taipei city including the impressive Chiang Kai-Shek Memorial Hall, National Palace Museum where 5,000 years of Chinese imperial arts and jade collections are exhibited, Martyrs’ Shrine of traditional architecture and change of Honor Guards, a local Taiwanese temple, and Taipei Handicraft Center.
The remainder of the day will be free on your own.

Day 3 One Day Taroko Gorge Tour (B/L)
Taroko Gorge is one of the seven wonders of Asia that no traveler should miss. Take early morning express train from Taipei to Hualien, you will be guided along a twelve-mile stretch of highway built into awesome marble cliffs high above the rushing river.

Your route will take you through many marble tunnels including Taroko Gorge Gateway, Eternal Spring Shrine, Swallow Grotto, passing Tunnel of Nine Turns and the marble bridge of Motherly Devotion and Tien-Hsiang. After lunch at the Silks Place Taroko, visit Chi Hsing Beach and Hualien Stone Sculptural Park before entrain for Taipei. Return to Taipei around 7:00 PM.

Upon arrival in Hong Kong, shuttle transfer to your hotel for overnight.
Accommodation: Royal Garden Hotel or similar

Day 5 Hong Kong (B)
This morning’s sightseeing tour includes a ride up to Victoria Peak, then visit Repulse Bay before stopping at the famous fishing village of Aberdeen for a chance to ride in a “Sampan” (optional). Visit the well-known Stanley markets where you can pick up some great bargains at just a fraction of the price in town. Tour disbands upon return to your hotel.

This afternoon and evening are free for shopping, wandering the bustling Nathan Road or for other pursuits.

Day 6 Hong Kong (B/L)
Take a day trip away from the hustle and bustle of Hong Kong and Kowloon and travel to Lantau Island for its unspoilt countryside, lush green valleys and giant outdoor Buddha statue. This tour includes a visit to Ngong Ping 360, Hong Kong’s spectacular tourism attraction that features a stunning cable car ride up a mountainside with breathtaking panoramic views of the airport, the South China Sea, lush mountains and the approaching Buddha statue. You’ll step off the cable car into the culturally themed Ngong Ping Village, which incorporates three major attractions: Motion 360, Stage 360 and Walking with Buddha, along with a diverse array of eateries and shops. You’ll also visit the famous Po Lin Monastery nearby and view the world’s tallest seated outdoor bronze Buddha, which rests contentedly atop 268 steps. Just a short walk away is Wisdom Path, where an ancient prayer is inscribed on a series of wooden steles. Another highlight is a visit to the historical fishing village at Tai O where Tanka boat people still live in their stilt houses, while some tours offer a vegetarian lunch prepared by monks or a stop at the beautiful white sands of Cheung Sha beach.

A vegetarian lunch is included.

Day 7 Hong Kong Departure (B)
Your day is at leisure until check out.
You will then be transferred to airport for departure flight by shuttle bus.

$1315
Land only per person based on sharing

$1545
Land only per person based on sharing

$1845
Land only per person based on sharing

Low: May to August excluding holidays